I want to build a house up on this mountain

Way up high where the peaceful waters flow

To quench my thirsty soul

Up on the Mountain”

Lyrics from ‘The Mountain’

ver found a place that you visit year after year and find yourself dreaming of building a forever home there but something always gets in the way? Well that happened to Bentley and I and my oh my did it take us on a journey. Let me tell you our story of discovering what is now known as Sweet Valley Acres.

In 1993, we moved from the bustling city of Vancouver in search of a four season playground to raise our yet-to-be children. We purchased a home near downtown Kelowna but we were an adventurous young couple so we explored our new city as often as we could. To our delight, we found our heaven on earth on the outskirts of Okanagan Mountain Park. Every time we visited, we “ooohed” and “awwed” as we gazed upon the natural beauty.

Lake views that went on for miles…

Cliffs of rock reaching to the sky…

And the sound of crickets filled the air…

Could it get any better?

We dreamt of building our forever home on one of the acreages that backed onto the park.  As a result, every time a property came up for sale, we madly dashed out there, walked the property and schemed of ways to sell our current property quickly so we could finally have our little slice of heaven.

Unfortunately, each and every time, it did not work out.

In those days, I became attached very quickly to things that appealed to me. Losing out on a property was like having a loved one torn from my arms and then I was heartbroken for months afterward.

Finally in 2016, things started to come together.  We had our previous home up for sale for about a year and suddenly we had an offer with a very unique condition.

The seller required us to stay living in the home

for an additional 8 months RENT FREE!

Who does that?  Well an out of town buyer does, especially one who does not want the home to sit vacant.  He felt we were the perfect ones to maintain the home until he could make the move.  It did not take long for us to agree as we knew this was finally our chance to build!

We had our eyes on a property in our desired neighbourhood but wouldn’t you know it days before our home sold, it sold.  Heartbroken again, I couldn’t believe the timing – we were so close.  Lakeview acreages that we could afford to buy were extremely hard to find, almost non-existent.

There was one last acreage left in the neighbourhood but it had been for sale for 8 years without any takers due to it being a challenging property to build on. Then it had a $100,000 price drop! With no other options and it being within our budget we considered it.

We walked the land and realized it was beautiful!

It had a seasonal creek running through it which meant that unlike most surrounding properties it had trees.  I should back track a bit. This area was devastated by a firestorm in 2003 that made the news worldwide as so many homes were destroyed.  Almost every house in this neighbourhood was destroyed and along with it the fire decimated all of the trees and vegetation.   Fast forward 13 years, the area was still quite barren and only where creeks ran through did vegetation exist.

Bentley and I sat on a large outcropping of rock, prayed and were hoping to get direction on whether to make an offer.  It was a sunny day and there were no sounds except for birds singing.  The lake was a vivid blue and there was a soft breeze. I felt like we were lying down in green pastures beside calm waters.  Never had we seen a view as beautiful as this one.  The stillness touched me.

I knew deep inside this was the setting I wanted to call home.

We had never taken on a project like this before though.  This wasn’t just a reno or building a house which we had done many times before.  We were going to be building our forever home and this property required complete development – power, utilities, gas, a septic field, not to mention we also needed to construct a driveway, a build site, parking, etc. And all on a slope!

We also wanted to do it without debt.  Oh I know you are all rolling your eyes at this one and I don’t blame you but this was very important to us. We had to move a few times in the past because debt had gotten the better of us so we did not want to make that mistake again.

This was to be our forever home.

There was no way we were going to have to sell again!

Not wanting to in any way influence Bentley, I did not tell him how I felt.  I was bubbling with excitement and fear at the same time and still searching deeply for an answer.

After much silence, Bentley said he felt good about it and wanted to make an offer. Bentley is definitely a man of few words and not a guy who gets excited about things, he never has. Out of the blue, he asked me to listen to a song because it had touched him and it was how he felt about the property. It is called “The Mountain” by Steven Curtis Chapman and I have the lyrics interspersed throughout this blog. As I listened, I battled the tears. We were on the same page – we both loved it equally.

“My faith is strengthened by all that I see
You make it easy for me to believe up on the mountain.”

Lyrics from ‘The Mountain’

Step one was over – we made the decision.  Now on to step two – make the offer.  Everything was going well until we got the call that two other buyers were making offers. How could that be?

No offers in 8 years and suddenly three buyers want it?

Was this was a sign? We were torn – we did not want to bid too much but we also did not want to lose it.  After much discussion as a family, we increased our offer to full price and decided if it was meant to be, we would get it, if not we would walk away.

As I sat waiting for the agent to call back, the smell of my mother-in-law’s perfume filled the room. Intensely – there was no mistaking it.  My mother-in-law, Anne was the person I could always go to when faced with a difficult decision.  She remained calm and had the best advice.  She passed away years before and we all missed her terribly.  Where on earth could this scent be coming from and how is it so distinctly Anne? If you knew Anne you would know what I meant. She was a beautiful woman who always wore a particular perfume and it was lovely. I checked everything to see where this fragrance was coming from and there was nothing.  This scent had never been in our home previously and it only appeared for about an hour.

To this day it remains a mystery.

Right or wrong, I took it as Anne reassuring me as she always did, that things would be ok. A few minutes later, we got the call and the seller chose us because Bentley was a builder and he felt that a builder needed to buy it given the “nature of the property”.  Now that should have set off alarm bells for us, but at the time it didn’t. We only thought of the slope of the land as a problem which we could conquer,

we never thought of what might be laying below.

On July 27, 2016, we became the owners of what would become Sweet Valley Acres – finally we were on the path of building our forever home!  We rejoiced and felt blessed.  Little did we know, we were about to embark on three of the hardest years of our lives.

I hope you come back to read about the mystery of what laid below, our trials and more importantly our triumphs and the eventual gorgeous property we are so fortunate to call home.

Lyrics from “The Mountain 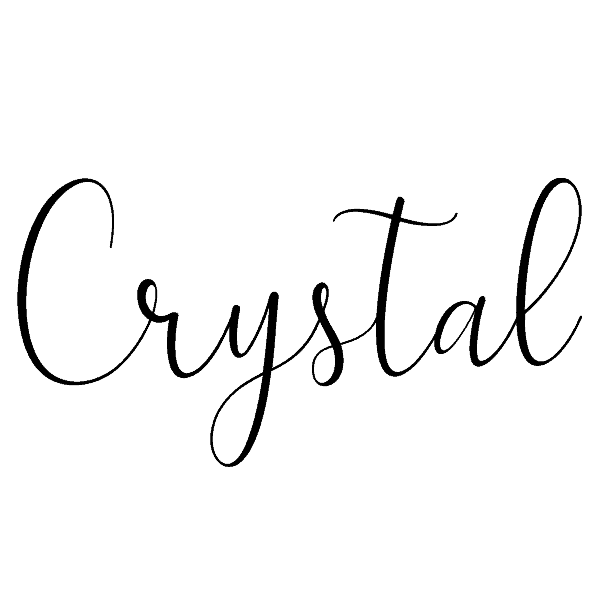 Conquer Your Fear of Failure and Dream Big!

How to make the cutest wood snowflake!!!

A Vision Board that is Attractive and Interactive!

My Most Popular Christmas Decorations

What do you think? Cancel reply